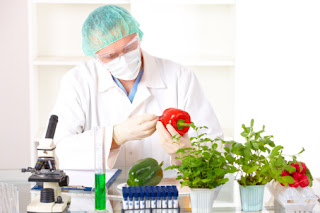 Sertifikasi HACCP – IAS provide comprehensive support for creating and implementing a suitable HACCP (Hazard Analysis Critical Control Point), which is an internationally accepted standards for preventing microbiological, chemical and physical contamination, along the food supply chain. A HACCP standard is designed to provide increased control and monitoring during critical stages of the food processing chain. Food safety management system should allow you to identify and control any hazards that could pose a danger to the preparation of safe food. It involves identifying and forecasting what can go wrong, planning to prevent it and making sure you are doing it. HACCP is a legal requirement but will also benefit your business.

Hazard analysis and critical control points, or HACCP, is a systematic preventive approach to food safety and allergenic, chemical, and biologicalhazards in production processes that can cause the finished product to be unsafe, and designs measurements to

reduce these risks to a safe level. In this manner, HACCP is referred as the prevention of hazards rather than finished product inspection. The HACCP system can be used at all stages of a food chain, from food production and preparation processes

including packaging, distribution, etc. The Food and Drug Administration (FDA) and the United States Department of Agriculture (USDA) say that their mandatory HACCP programs for juice and meat are an effective approach to food safety and protecting public health. Meat HACCP systems are regulated by the USDA, while seafood and juice are regulated by the FDA. The use of HACCP is currently voluntary in other food industries.

HACCP is believed to stem from a production process monitoring used during World War II because traditional “end of the pipe” testing on artillery shells firing mechanisms could not be performed, and a large percent of the artillery shells made at the time were either duds or misfiring. HACCP itself was conceived in the 1960s when the US National Aeronautics and Space Administration (NASA) asked Pillsbury to design and manufacture the first foods for space flights. Since then, HACCP has been recognized internationally as a logical tool for adapting traditional inspection methods to a modern, science-based, food safety system. Based on risk-assessment, HACCP plans allow both industry and government to allocate their resources efficiently in establishing and auditing safe food production practices. In 1994, the organization of International HACCP Alliance was established initially for the US meat and poultry industries to assist them with implementing HACCP and now its membership has been spread over other professional/industrial areas.

Hence, HACCP has been increasingly applied to industries other than food, such as cosmetics and pharmaceuticals. This method, which in effect seeks to plan out unsafe practices based on science, differs from traditional “produce and sort” quality control methods that do nothing to prevent hazards from occurring and must identify them at the end of the process. HACCP is focused only on the health safety issues of a product and not the quality of the product, yet HACCP principles are the basis of most food quality and safety assurance systems,and the United States, HACCP compliance is regulated by 21 CFR part 120 and 123. Similarly, FAO/WHO published a guideline for all governments to handle the issue in small and less developed food businesses.

Who can applicable for HACCP?

This site uses Akismet to reduce spam. Learn how your comment data is processed.